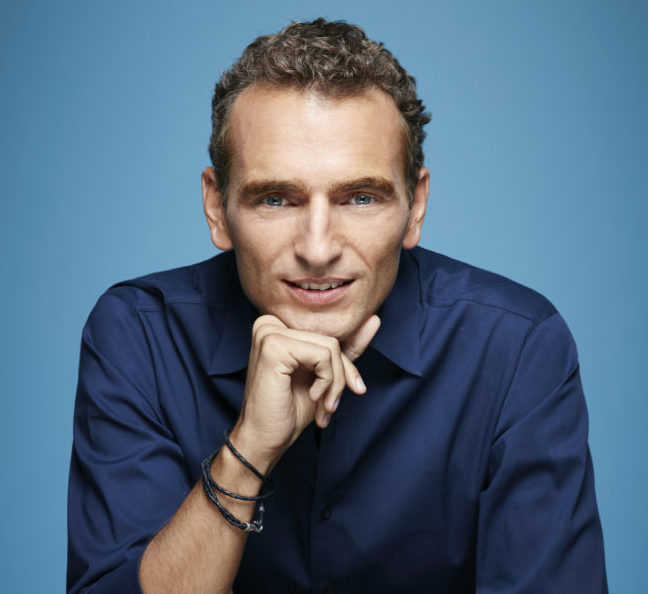 We had the opportunity to meet Alexandre Mars, a brilliant “serial entrepreneur” who now devotes most of his time to his foundation: the Epic Foundation. The story of a man who gives a new breathe of life to the world of philanthropy.

Young, Alexandre Mars made a fortune in the digital and the telephone industry where he resold several companies including one to Publicis and one to Blackberry. It is with modesty that he evoked his success by explaining: “Earning his freedom and having the financial resources to decide the next chapter of his life.” He now wants to go beyond his personal success and “move on to something else. “He recently moved to New York with his family and decided to create his own foundation in 2015, an organization dedicated to children.

Alexandre goes to meet many charitable organizations, to understand the functioning of them, including the one of Bill Gates for example. He carefully studies this non-profit sector and concludes that hundreds of charities are working for vulnerable children and he believes that a new philanthropic strategy is needed. He receives 2000 applications  per year from different charities and after using a particularly rigorous criteria, he selects only 10 – 20 organizations. The organizations are selected on their decisive impact or on the effectiveness of their management presented, and then they are introduced to the philanthropic donors of the Epic Foundation. Its objective is to increase the number of donations and to commit people who are either afraid to give to the wrong organization, or do not have time to make their own selection. “People would like to do more but they can’t do it because they don’t trust social organizations, they don’t know where their money is going, or how to choose an organization from all the available choices. People tend to procrastinate and postpone tomorrow, and our ultimate goal is to change the act of giving.”

Today, Alexander Mars is traveling the world in order to evangelize to potential donors of the importance of philanthropy. He organizes 10 annual galas in different capitals to raise funds. His work and that of his twenty employees is entirely self-funded, thus enabling the Epic Foundation to repay all the donations it receives during their events.

Alexandre Mars continues to be well engaged in business in order to fund his charitable activities. Alexandre Mars keeps a sharp instinct in business. His investment fund in tech “Bliss”, has equity interests in well-known companies such as Spotify, Pinterest or BlablaCar.

Keen not to stray far from the digital, he applies the digital and financial leverages which he has mastered to the philanthropic world. For example, he offers donors a “tracking” service, which makes it possible among other things, to see how many children have received their vaccines. His concern for efficiency and transparency makes him a pioneer in this sector, and he is already raising funds at his galas by offering virtual reality experiences to donors. “We decided to document in 360 °, many organizations around the world,” he said gladly, as he gave me the headset to try out. An absolutely unprecedented way for patrons to see children in their real environment, children whom they could help further. A very promising interaction.

Consistent with his philosophy of encouraging mass participations, Alexander Mars advocates the generalization of the percentage movement, an initiative that consists in persuading companies to systematically give a percentage of their profit, or even their turnover to charitable organizations. He cites the example of cosmetics company Caudalie, which donates 1% of its revenues each year to charitable causes. For Alexander, it is imperative that companies and donors do good with their financial success.

The philanthropist does not forget his french compatriots, and as president of the Sport and Society Committee, is committed to the “Paris 2024” olympic campaign. He works on how to “make sport a social inclusion factor, a factor of equality between men and women.” A man with an Epic vision …